For tourists and locals alike, one of the greatest charms of the West Village is its history. So many of the institutions surrounding our shop are iconic, important pieces of New York City, its development, and its compelling story. So, naturally, when we heard that a historic speakeasy was about to reopen, our interest was piqued.

Chumley’s is an authentic speakeasy. And although its reopening comes along with new management, culinary influences, and a complete remodel (it closed in 2007 after a fire caused the building to collapse), the sheer fact that one can dine in a building that patrons such as Scott and Zelda Fitzgerald frequented is enough for any history or literary enthusiast. Chumley’s originally opened in 1922 as a prohibition-era speakeasy, and quickly became the go-to venue to some of the greatest writers of the twentieth century, including Faulkner, Steinbeck, and O’Neill.

Now, after facing quite a bit of opposition from the residents on an otherwise quiet Bedford Street block, Chumley’s is finally back and according to many, better than ever. As opposed to the dive bar it appears to have become prior to its 2007 closing, it now serves as a fully operational (and more expensive) restaurant, highlighted by its extensive bar. 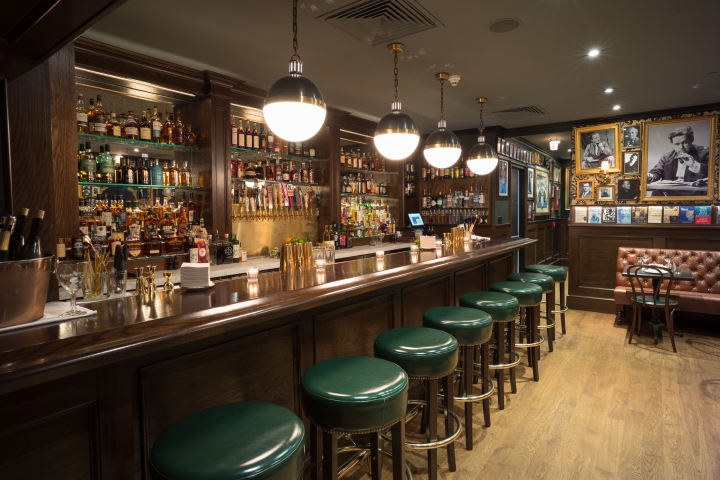 Regardless of whether the new business model is a standard deviation away from what Chumley’s was intended to be when it first opened, the reopening of such a landmark in our very own neighborhood is thrilling to us. We can’t wait to visit the unmarked door, and enjoy a longtime village staple. We encourage you to do the same!